When we think of a nurse what do we think of? Someone kind, compassionate, dedicated and professional. Someone who has spent many years studying to become a nurse. But what images come to mind? Nurse Symbol – that’s what this article is going to look at

I want to give you the background and history of the nursing symbols that are easily identifiable as those belonging to the nursing profession. Some of these symbols of nursing are not as widely used as they once where but are still synonymous with nursing.

The Caduceus or Staff of Hermes

The Greek god Hermes is often depicted carrying the Caduceus in his left hand; he was a guide for the dead and also protector of gamblers, merchants, liars and thieves. Not quite what the image you would want to portray as a nurse!

This symbol of two snakes wrapped around a staff with two wings on top is widely used to represent nursing.

However, this is somewhat of a mistake dating back to the late 19th early 20th centuries.

In 1902 the Medical Department of the United States Army formally adopted the Caduceus as a symbol and it was added to the uniforms of medical officers. However the Rod of Asclepius is a more appropriate symbol as the Greek god Asclepius is a god associated with healing and medicine. The symbol is a rod with a single snake wrapped around it. And that is where the confusion started.

It is thought that in the United States around 76% of healthcare organizations use the Caduceus (incorrectly) whereas 62% of professional associations use the correct Rod of Asclepius. And as recently as 2018 one nursing school , Monmouth University Nursing School, has decided to no longer use the Caduceus in their logos or branding.

This could be the start of a sea change with more institutions and organizations associated with nursing rebranding to include the Rod of Asclepius as a nurse symbol. Some nursing magazines still use the Caduceus – see my article for a list of popular nursing magazines and journals.

The origins of the nurses cap can be traced to the head covering used by deaconesses who attended and cared for the sick and dying. These nuns wore a habit and when nursing as a profession started to develop a uniform including a head covering was instrumental in establishing a professional appearance.

Florence Nightingale was influential in nursing as a career and calling and saw the need for training students to care for the sick. She also felt a uniform could set them apart and part of that uniform was the cap. The idea behind the nurse’s cap was to keep the hair neatly in place and also to promote an air of professionalism.

Historically there are two types of nurse’s cap, a long one covering most of the head of the nurse and a shorter, smaller cap that sits on top of the head.

Many nursing schools followed the example of Bellevue Training School, who in 1874 designed a nursing cap for its graduates. This was solely to identify Bellevue nurses and promote the school as a center of excellence in nurse training.

But the use of the nurse’s cap is slowly dying out in many developed countries including the United States with the introduction of scrubs as a uniform. The cap was seen as a carrier of bacteria and with so many men joining the nursing field it was no longer deemed appropriate as part of the uniform.

Some countries however are holding onto the traditional image of a nurse and a cap is still an important part of this. Japan and South Korea are two such countries which commonly use the historic uniform.

The capping ceremony has become a thing of the past for many nursing schools who have adopted the Recognition Ceremony or Hooding and Pinning Ceremony as a way of celebrating their graduates. But images of nurses in white uniforms getting their caps can still conjure a nostalgic feeling.

When you imagine a nurse in uniform it is probably not of someone in scrubs as tends to be the case in most hospitals. It is more than likely an image of a nurse in a starched white uniform with a cap, white stockings and white shoes.

This is the nostalgic image and bears no relationship to what nurses actually wear as a uniform in the modern world of healthcare and nursing.

But where did the nurse’s uniform originate?

Florence Nightingale is credited with the start of nursing as a profession after her time working in the Crimean War. She saw the need to standardize care and training and in the late 1800’s she started a nursing school.

As nuns had been the people who historically cared for the sick, injured and dying the nurse uniform of those times closely resembled a nun’s habit. A student of Florence Nightingale’s was the one who came up with the first uniform consisting of a long dress, apron and a frilly cap.

These uniforms changed very little but during World War 1 it was evident these styles of uniform where no longer fit for purpose. The dresses and aprons were too restrictive and heavy to allow nurses to perform their duties.

Dresses were shortened to allow for easier movement, sleeves were also shortened and the aprons began to disappear completely. These were the first of many changes the nurse uniform would undertake.

From the 1950’s on more changes would occur as the nursing profession became more popular. There was a need to be able to mass produce uniforms that could be cleaned easily but were also hard wearing.

Dresses became shorter, tight fitting and with an open neck. Caps were still being worn in various styles and usually had a band of color to denote rank in the profession.

By the 60’s with more men becoming nurses there was a need for a suitable uniform, this is when the open neck tunics and pants started to make an appearance. The start of the modern day scrubs.

The next few decades saw little changes to the uniform except for the cap which had all but disappeared, but by the 1990’s the biggest change to the nurses uniform became evident.

The introduction of scrubs, a tunic-style top and trousers, as a uniform becomes more and more popular.

These easy to produce, functional and easy to clean items of clothing are now widely used as a uniform for nurses and other medical and healthcare providers throughout the US and Europe.

They come in many styles, colors, shapes and fabrics which allow for better choice. These modern day scrubs are comfortable to wear and offer the nurse more flexibility of movement.

Many hospitals have a dress code and each department would have its own rules regarding the color of scrub each profession would wear.

Nurses would now be identifiable by their badge which should be worn at all times when working.

The Lady with the Lamp – Florence Nightingale’s Oil Lamp

One of the most famous women in British history is Florence Nightingale (182-1910) is known as the founder of modern nursing and its practices. She is also known as the lady with the lamp because she would often tend to the sick and injured at night and carried a lamp so she could see.

In 1851, despite her parents disapproval she completed a course of nurse training. This was an unusual step for a girl of her standing as she had been born into a wealthy family.

Florence responded to a government appeal for nurses after reading an article about the soldiers suffering in the Crimean War.

Florence and her fellow nurses were transported to Scutari, where soldiers from the Crimean War were being shipped across the Black Sea for treatment.

Conditions at the hospital were dire with many soldiers suffering more from disease than wounds inflicted during the battle. Florence and her team set about improving conditions by setting up kitchens, washing linens and bedclothes and wrote letters home for the injured soldiers.

The Lady with the Lamp soon became a symbol of nursing and captured the public’s imagination, it last to this day.

Graduates of Florence Nightingales first training schools went on to spread professional nursing around the world – including to the US. The first public health nurses were in Los Angeles California back in 1898. By 1924 there were approximately 12,000 nurses in the United States – the average RN Salary – was $1,390 per year! Times have changed.

Many nurses, during the Pinning Ceremony, hold a lamp to symbolize care, compassion and dedication while reciting the Nurses Pledge. This is a very moving part of the ceremony when newly qualified nurses pledge an oath to uphold the profession and to maintain confidentiality.

I solemnly pledge myself before God
and in the presence of this assembly,
to pass my life in purity
and to practice my profession faithfully.
I will abstain from whatever is deleterious and mischievous,
and will not take or knowingly administer any harmful drug.
I will do all in my power to maintain
and elevate the standard of my profession,
and will hold in confidence
all personal matters committed to my keeping
and all family affairs coming to my knowledge
in the practice of my calling.
With loyalty will I endeavor
to aid the physician in his work,
and devote myself to the welfare
of those committed to my care.

The International Council for Nurses has a lamp in their logo and this is widely used in nursing journals and magazines as well as some nursing badges.

So, these are the four nursing symbols I have written about as I feel they are recognized globally as belonging to the nursing profession.

Let me know if you can think of any other Nurse Symbol that should be included.

Looking for something fun, maybe a little quirky? Check out our Nursing Quotes page – a collection of funny and inspiring nurse quotes to share with friend and colleagues. Or maybe you have wondered about who is the patron saint of nurses – I did and I found it surprising. What is the philosophy of nursing? – another gem to pass the time in deep thought!

Do you subscribe to or regularly read any Nursing Magazines or Journals ? This article looks at a great selection of the best ones for a range of nursing careers – add yours if it isn’t listed! 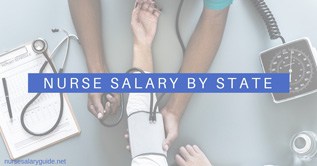