Is there really a patron saint of Nurses? Well after much research it turns out to be true! But that is only half the story – there is some controversy surrounding this topic …

Most people recognize St Agatha of Sicily as the only patron saint of nurses however there are in fact another three that most don’t know about. In this article I will tell the life story of all four nursing saints and why they are still remembered to this day.

This is one of our more light hearted and interesting articles on the nursing blog – something not to taxing after a long day studying or at work! Although to be honest some of the life stories of these saints of nursing are a bit gruesome – have fun… 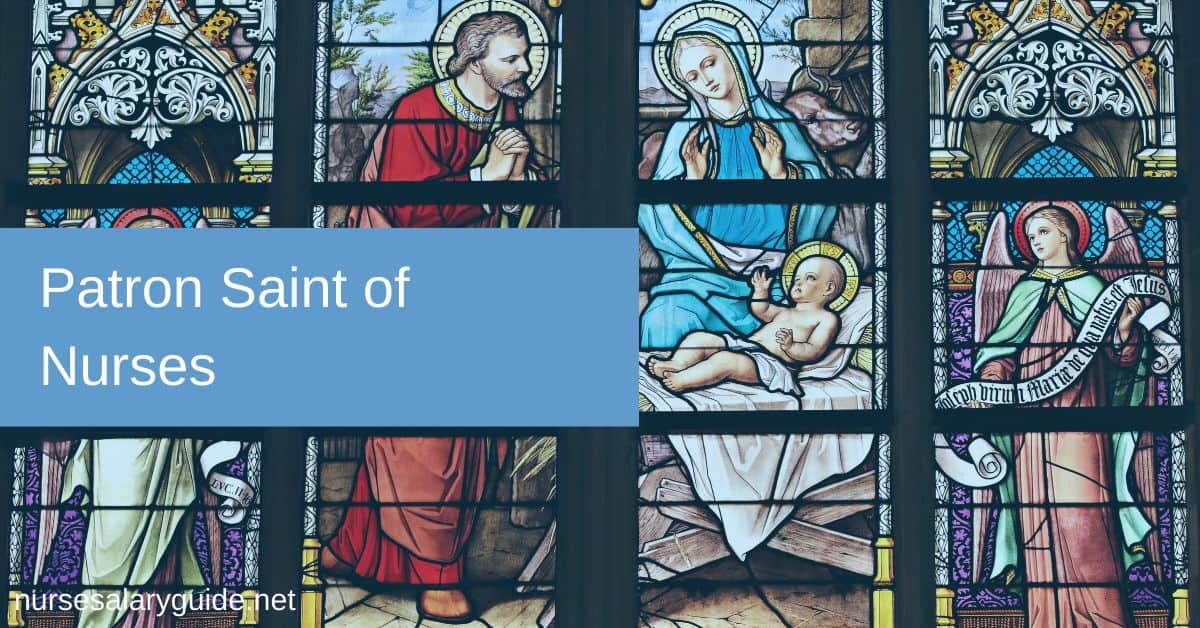 St Agatha was born in Palermo, Sicily in 231 A.D and died in 251 A.D at the young age of 20. At the age of fifteen Agatha made a vow of virginity to her parents but there was a man named Quintianus who believed he could turn her and make her break the vow and marry him. Despite Agatha’s continuous rejections Quintianus kept trying.

He eventually got frustrated and wanted to make her pay. He knew Agatha was a Christian during the persecution of Decius so he had her arrested and brought her to the judge. The judge was him.

He was convinced that Agatha would easily give in to him whenever he threatened her with torture and death however this was not the case. She stayed loyal to her vows and recited a prayer: “Jesus Christ, Lord of all, you see my heart, you know my desires. Possess all that I am. I am your sheep: make me worthy to overcome the devil.” 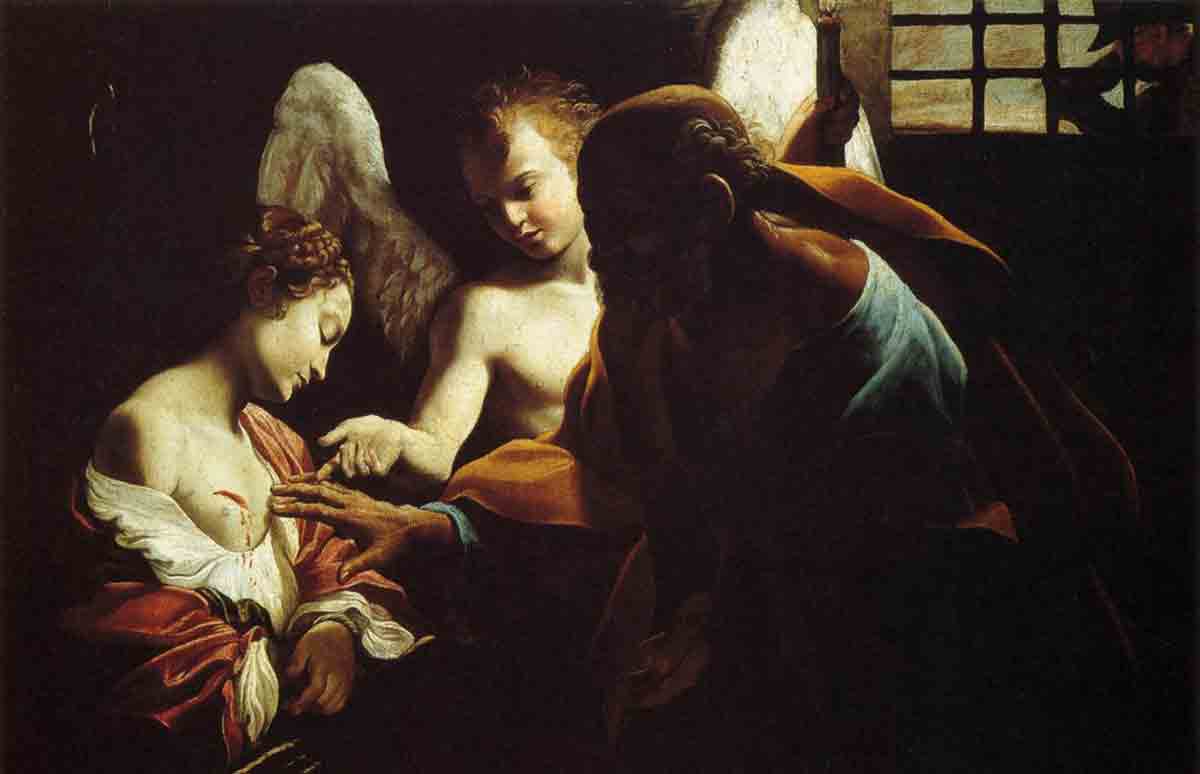 Quintianus was enraged so he sent her to Aphrodisia, the keeper of a brothel where she was raped and assaulted for a month. Still she kept her faith in god so Quintianus had her tortured.

She was burned with torches, beaten and stretched on a rack to be torn with Iron hooks. She also had both her breasts hacked off and was sentenced to be burnt at the stake but an earthquake saved her from that.

She was then sent to a prison where St Peter the Apostle appeared to her and healed her wounds. She later died in that prison.

Saint Agatha is a patron saint of breast cancer patients, rape victims, wet nurses and bellfounders. She is also the Patron Saint of Malta as in 1551 it is believed that her intercession through a reported apparition to a nun helped save Malta from a Turkish invasion.

Saint Agatha’s feast day is the 5th of February.

Saint Catherine was a laywoman, associated with the Dominican Order. She was also an author who had great influence on Italian literature and the Catholic Church. She is also a doctor of the church.

What makes Saint Catherine so unique was the political affect she had on the Catholic Church in Italy in the 1300’s. It was very unusual for a woman to have so much power at the time.

At an early age she devoted herself to god and joined the Dominica Tertiaries, both against the will of her parents. She quickly made a name for herself by being marked by mystical phenomena such as invisible stigmata and a mystical marriage.

She then associated herself with Pope Gregory XI who and played a role in him leaving Avignon for Rome. Pope Gregory trusted her and so he sent her to negotiate peace with Florence. After Gregory’s death, peace was achieved and she returned to Siena. 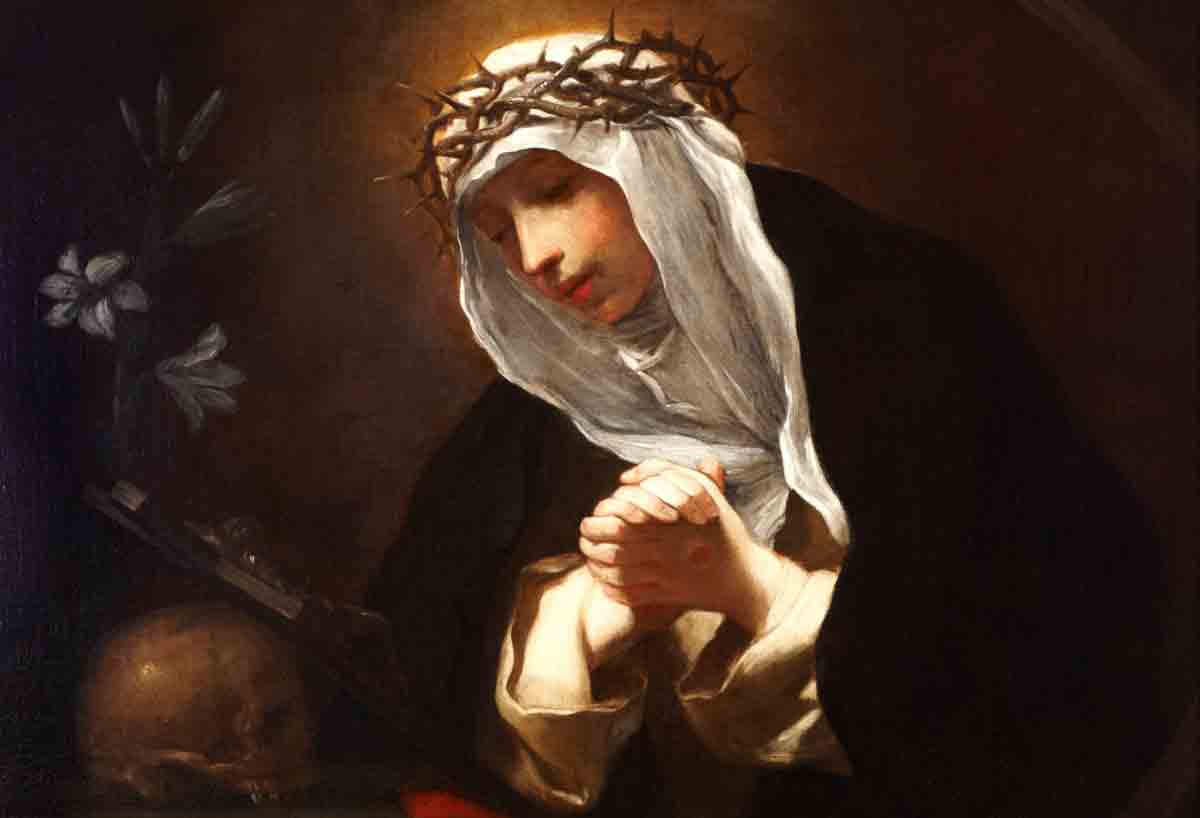 By now, Catherine had a following and used this to go throughout northern and central Italy where she started telling people that through the “total love of god” that repentance and renewal was possible.

Using the influence she had, in Pisa she swayed the people away from the anti papal league of which were gaining momentum and power.

She now started sending letters to people of power to join with her to which most did. She continued spreading the word of god throughout Italy until he died in 1380.

Catherine is one of the most celebrated saints due to her influence as a woman in middle age Italy.

Many of Catherine’s books have been published and can be bought for anyone who wishes to learn more about her life.

Her feast day is April 29th.

The only male on this list is Camillus de Lellis, born in Italy on May 25th 1550 to his parents, Giovanni and Camilla.

His mother died when he was twelve and Camillus was neglected by any other family member who took him in as his father was in the French and Neapolitan royal armies so he couldn’t look after Camillus.

At the age of sixteen he joined his father and fought against turkey with the venetian army. He served a few years in the military before being disbanded.

Camillus took up gambling and soon enough had all his possessions gambled away. He became a laborer at a friary and despite his aggressive nature one of the friars saw the good side of Camillus and tried to get that out of him at any time he could. Eventually in 1575 Camillus had a religious conversion but a leg wound he got in the army continued to plague him and so he was denied entrance to the novitiate of Capuchin friars. 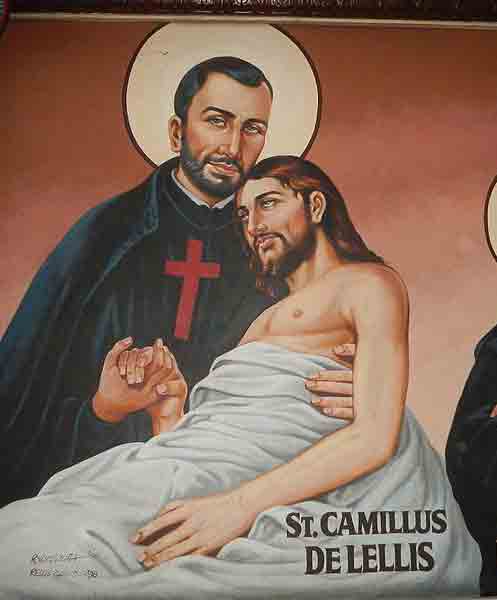 He then moved to Rome and was in San Giacomo Hospital where he eventually became a caregiver at the hospital and later he became the superintendent.

He believed he should start a religious community for the patients in the hospital and so he asked his confessor, Neri for permission to do so which was granted. He also received money from a wealthy man which helped cover all costs of this endeavor.

He then started the Camillians whose job was taking care of wounded soldiers on the battlefield. They wore a large red cross on their cassock which to this day is worn by war doctors and recognized as a symbol of charity.

In the battle of Canizza in 1601 the Camillians camp was attacked and all their equipment and supplies were destroyed apart from a red cross which then inspired the Camillians to take this event and manifest it to divine approval of the Red Cross of Saint Camillus.

Members of the Camillians also devoted themselves to treating people with the bubonic plague and their efforts eventually led to the people of Rome crediting Camillus for getting rid of the Plague in their city. He later died in 1614 but is remembered as one the greatest male nursing saints to have lived.

To this day Saint Camillus has been honored by many hospitals, churches, schools and even towns being named after him.

His feast day is July 14th.

The last patron saint of nurses on this is list is Elizabeth of Hungary. She was born on July 7th 1207 and died on November 17th 1231.

She was born to parents, King Andrew of Hungary and Gertrude of Merania. Her relatives were royalty as well and it is believed she was related to Vladimir the Great of the Kievan Rus.

She was brought to the rulers of Thurinigia in Central Germany where she was to be betrothed to Louis IV, who she would later marry at the age of 14.

At the age of sixteen, the Franciscan Friars arrived and she started to learn about them and even started to live like them. Louis wasn’t opposed to her charitable donations as he believed that his money helping the poor would give him eternal rewards.

Around this time the priest started to have influence over her as he was her new confessor. At the same time floods and famine hit Thuringia and so Elizabeth started giving away ornaments and state robes to those in need and even built a hospital with twenty eight beds and visited people in the hospital every day. 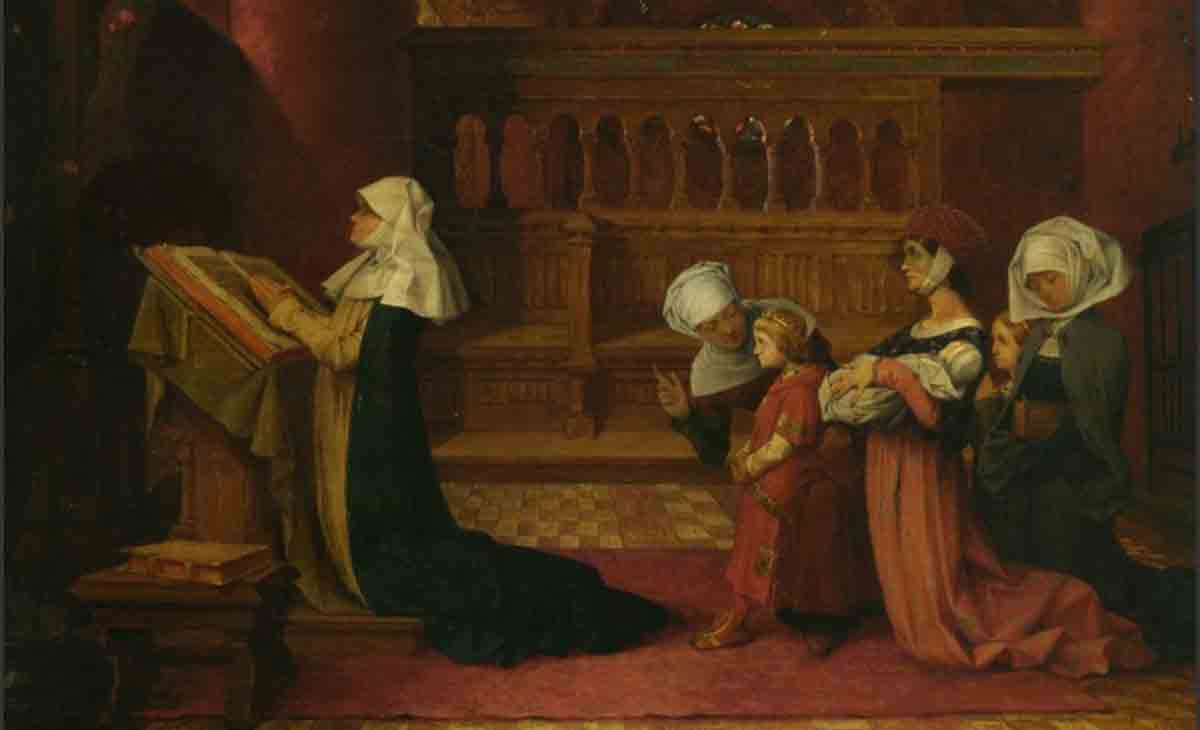 In 1227 Elizabeth’s husband died of fever whilst on a crusade to Otranto. She was distraught and it is even reported that on that day she said “He is dead. He is dead. It is to me as if the whole world died today.”

Her most famous moment was when she was bringing bread to the poor in secret and the guards stopped her as they believed she was stealing from the castle. They asked to see what was hidden under her robe and miraculously white and red roses appeared where the bread was. This is known now to be called the “Miracle of Roses.”

Her feast day is November 17th.

Each of these patron saints of nursing appeal to different people at different times of their lives and can be called upon at times of need and comfort. As to who is the main patron saint of nurses – I’m going with Agatha!

Want some more light hearted nursing articles? I’ve been posting some new ones lately so always check the blog. Try this one on Nursing Symbols – it looks at what people think of as symbols of nursing. Looking for some Nursing Quotes – every one loves a good quote.

Looking for The Best Places to Study – great resource for students and nurses looking to find somewhere to study in peace. Thanks for visiting! 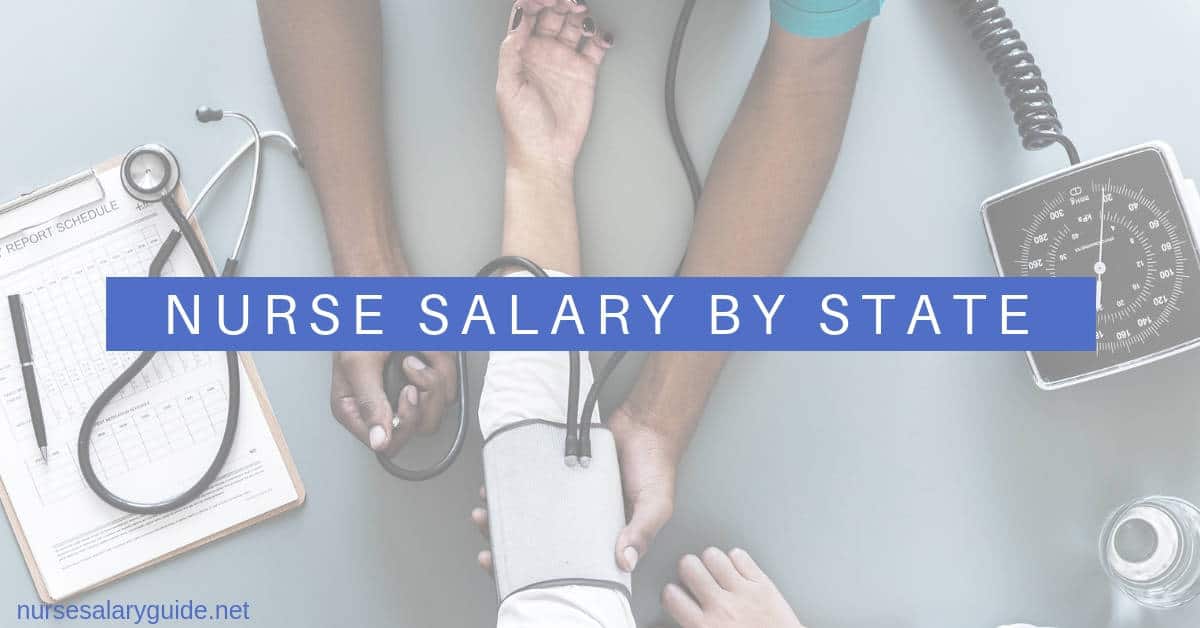